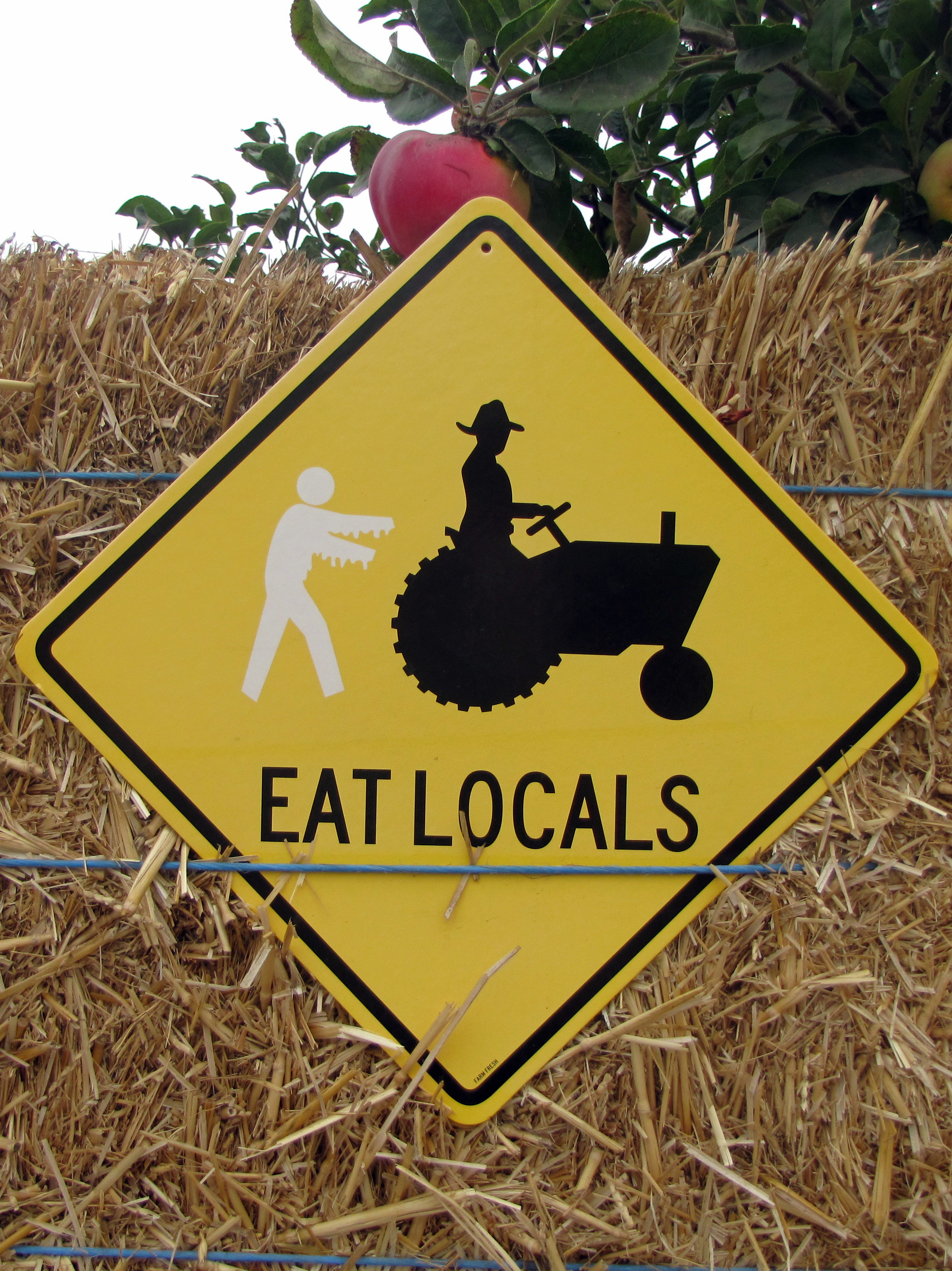 It then model the move of individuals between groups. The principle of dividing a population into such group and modeling the transitions of individual is known as a compartmental model and many results have already been published about such models. I won't insist on the \(R_0\) (basic reproduction number). 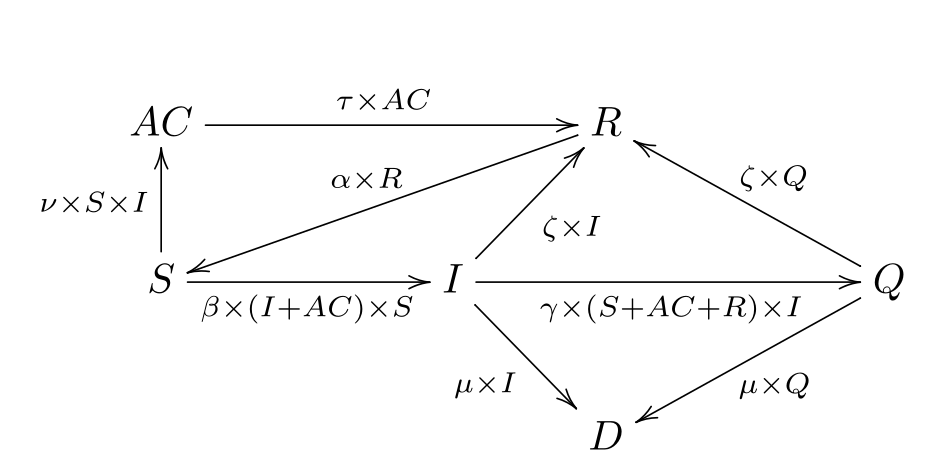 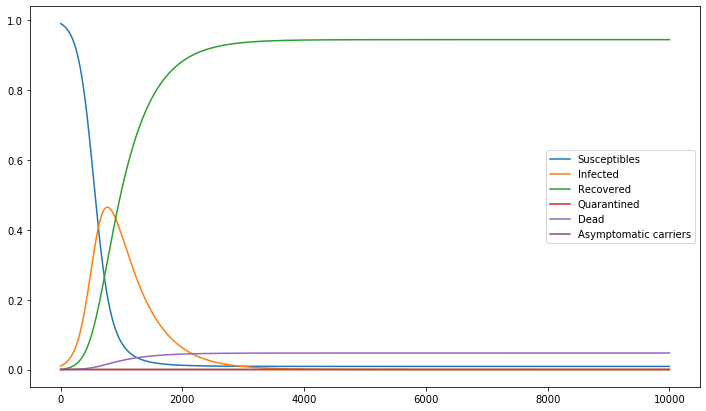 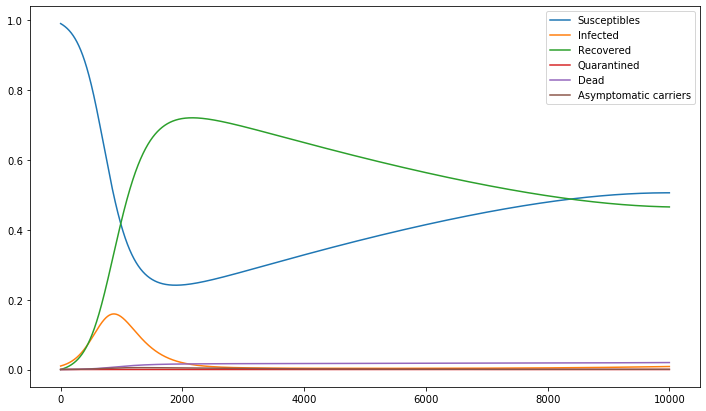